(New York) – The Chinese government is conducting a mass, systematic campaign of human rights violations against Turkic Muslims in Xinjiang in northwestern China.

“The Chinese government is committing human rights abuses in Xinjiang on a scale unseen in the country in decades,” said Sophie Richardson, China director at Human Rights Watch. “The campaign of repression in Xinjiang is key test of whether the United Nations and concerned governments will sanction an increasingly powerful China to end this abuse.” The report is primarily based on interviews with 58 former residents of Xinjiang, including 5 former detainees and 38 relatives of detainees. Nineteen of those interviewed have left Xinjiang within the past year and a half.

The Chinese government’s “Strike Hard Campaign against Violent Extremism” began in Xinjiang in 2014. The level of repression increased dramatically after Communist Party Secretary Chen Quanguo relocated from the Tibet Autonomous Region to assume leadership of Xinjiang in late 2016.

Since then, the authorities have stepped up mass arbitrary detention, including in pretrial detention centers and prisons, both of which are formal facilities, and in political education camps, which have no basis under Chinese law. Credible estimates indicate that 1 million people are being held in the camps, where Turkic Muslims are being forced to learn Mandarin Chinese, sing praises of the Chinese Communist Party, and memorize rules applicable primarily to Turkic Muslims. Those who resist or are deemed to have failed to “learn” are punished.

The detainees in political education camps are held without any due process rights – neither charged nor put on trial – and have no access to lawyers and family. They are held for having links with foreign countries, particularly those on an official list of “26 sensitive countries,” and for using foreign communication tools such as WhatsApp, as well as for peacefully expressing their identity and religion, none of which constitute crimes.

Outside these detention facilities, the Chinese authorities in Xinjiang subject Turkic Muslims to such extraordinary restrictions on personal life that, in many ways, their experiences resemble those of the people detained. A combination of administrative measures, checkpoints, and passport controlsarbitrarily restrict their movements. They are subjected to persistent political indoctrination, including compulsory flag-raising ceremonies, political or denunciation meetings, and Mandarin “night schools.” With unprecedented levels of control over religious practices, the authorities have effectively outlawed Islam in the region.

They have also subjected people in Xinjiang to pervasive and constant surveillance. The authorities encourage neighbors to spy on each other. The authorities employ high-tech mass surveillance systems that make use of QR codes, biometrics, artificial intelligence, phone spyware, and big data. And they have mobilized over a million officials and police officers to monitor people, including through intrusive programs in which the monitors are assigned to regularly stay in people’s homes.

The campaign has divided families, with some family members in Xinjiang and others abroad caught unexpectedly by the tightening of passport controls and border crossings. Children have at times been trapped in one country without their parents. The government has barred Turkic Muslims from contacting people abroad. The government has also pressured some ethnic Uyghurs and Kazakhs living outside the country to return to China, while requiring others to provide detailed personal information about their lives abroad.

The United Nations Committee on the Elimination of Racial Discrimination (CERD) reviewed the situation in China in mid-August and described Xinjiang as a “no rights zone.” The Chinese delegation disputed this portrayal of the region, as well as its characterization of political education camps, calling them “vocational education centers.”

It is evident that China does not foresee a significant political cost to its abusive Xinjiang campaign, partly due to its influence within the UN system, Human Rights Watch said. In the face of overwhelming evidence of grave abuses in Xinjiang, foreign governments should pursue a range of multilateral and unilateral actions. They should also pursue joint actions at the UN Human Rights Council, creating a coalition to gather and assess evidence of abuses in Xinjiang, and imposing targeted sanctions on Party Secretary Chen Quanguo and other senior officials responsible.

“The pain and anguish of families torn apart, with no knowledge of what’s happened to their loved ones stands in stark contrast to Beijing’s claims that Turkic Muslims are ‘happy’ and ‘grateful,’” Richardson said. “A failure to urgently press for an end to these abuses will only embolden Beijing.”

Selected accounts
The names and identifying details of people interviewed have been withheld to protect their safety. All names of detainees are pseudonyms.

Nobody can move because they watch you through the video cameras, and after a while a voice came from the speakers telling you that now you can relax for a few minutes. That voice also tells you off for moving…we were watched, even in the toilet. In political education camp, we were always under stress.

–Rustam, a former detainee who spent months in political education camps, May 2018

I resisted their measures…They put me in a small solitary confinement cell…In a space of about 2×2 meters I was not given any food or drink, my hands were handcuffed in the back, and I had to stand for 24 hours without sleep.

–Nur, a former detainee in a political education camp, March 2018

A total of five officials…took turns to watch over me [at home]. And they had to document that they’d checked on me… The photos show them reading political propaganda together [with me] or show me moving a pillow on a bed to prepare for them to stay overnight; or them lying down on the sofa.

Since early 2017, twice a week, officials came. Some people even stayed for a night. The authorities came in advance and made a list and assigned new “relatives” to you. … [The officially-assigned “relatives”] talked to my son, my grandkids, they took pictures, they sat at the table, they asked, “Where’s your husband, where did he go?” I was really frightened, and I pretended to be busy looking after my grandkids. I was worried that if I spoke I’d let slip that my husband had gone [abroad]. So, I stayed silent.

First, the village police called, and then a higher-level police bureau called. Their numbers were hidden – they didn’t show where they were calling from…. The police told me, “If you don’t come, we’ll come get you.”

–Dastan, 44, who lives outside China and whose wife is in a political education camp, May 2018

They give a signal, that even if you’re in a foreign country, they can “manage” you. … I’m scared… I didn’t join any terrorist or any organization against China. I didn’t join any demonstrations. I didn’t carry any East Turkestan flag. I have no criminal record in China…why are they doing stuff like that [to me]?

–Murat, a 37-year-old student living outside China and whose sister is in a political education camp, June 2018 Demonstrators hold up East Turkestan flags in support of Uighur minority during a rally in Istanbul on July 12, 2009, to protest the deadly riots in ... 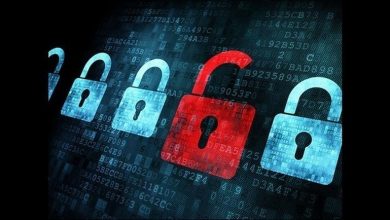