The United States is considering how it will confront China during the annual gathering of world leaders at the United Nations next week over its detention of some 1 million Muslims in a remote region, as some diplomats warn that US leadership in global institutions is waning and China’s influence is growing.

While the United States is the largest financial contributor to the UN budget, President Donald Trump has questioned the value of multilateralism as he focuses on an “America First” policy and touts the protection of US sovereignty.

Trump’s first UN envoy, Nikki Haley, stepped down at the end of 2018, and was replaced just last week by Kelly Craft, whose foreign policy experience pales in comparison to that of her veto-wielding Security Council counterparts from Russia, China, France and Britain.

“China is taking advantage in the UN of the relative antagonistic, critical attitude of the USA towards the UN itself, and is occupying spaces and projecting influence much more than before,” said a senior European diplomat, who spoke on condition of anonymity.Advertisement

During the UN gathering next week, Secretary of State Mike Pompeo has said the United States would seek support in calling out China’s detention policy in remote Xinjiang, where the United Nations says at least 1 million ethnic Uyghurs and other Muslims have been detained.

Pompeo in July called China’s treatment of Uyghurs the “stain of the century,” saying at an international conference in Washington that China was “home to one of the worst human rights crises of our time.”

A senior US administration official, speaking on condition of anonymity, said the White House was considering whether Trump might mention China’s treatment of the Uighurs and possibly its broader human rights record in his speech to the 193-member UN General Assembly next Tuesday.

The White House said Trump would host a “Global Call to Protect Religious Freedom” at the United Nations on Monday, the day before his address to the General Assembly, and would be introduced by Vice President Mike Pence.

“The President will call on the international community to take concrete steps to prevent attacks against people on the basis of their religion or beliefs and to ensure the sanctity of houses of worship and all public spaces for all faiths,” White House spokeswoman Stephanie Grisham in a statement on Tuesday.

Beijing describes the complexes in Xinjiang as “vocational training centres” helping to stamp out extremism and give people new skills. But China is worried about criticism and has met with some foreign envoys ahead of the UN General Assembly in New York and a session of the Geneva-based UN Human Rights Council, according to four Beijing-based diplomats.

“With Hong Kong as well, these are not topics China wants called attention to ahead of the 70th anniversary,” one of the diplomats said, referring to the military parade President Xi Jinping will oversee in Beijing on Oct. 1 marking seven decades of the People’s Republic of China.

Months of sometimes violent demonstrations show no sign of letting up in Hong Kong where protesters are angry about what they see as creeping interference by Beijing in their city’s affairs despite a promise of autonomy.

There was no indication, however, that tougher talk at the gathering would translate into concrete action on the issue against Beijing.

The senior US administration official said Pompeo and Pence could also address China’s treatment of the Uighurs at events on the sidelines of the UN gathering, but a final decision on any US remarks “is expected to hinge on how the trade issue is going.”

China and the United States are set to resume trade talks in October, but most analysts do not expect a durable trade deal, or even a significant de-escalation, any time soon.

In unusually blunt remarks, China’s UN ambassador, Zhang Jun, told reporters last month – during his first week on the job – that while Beijing was willing to cooperate with other UN member states, China would never allow interference in the country’s “internal affairs, especially on issues related to Xinjiang, Tibet and to Hong Kong.”

Last week, China condemned a US bill that calls on the US government to exert more pressure on China over Xinjiang-related issues. The bill is a “flagrant interference in China’s internal affairs, and will only make the Chinese people more indignant,” the Foreign Ministry said.

“Xi Jinping-thought attempts to rewrite the rules of multilateralism,” said a senior European diplomat, speaking on condition of anonymity. “We may disagree with them … but ‘Xi Jinping’ is a clear concept, which they promote and get into resolutions.”

An example is that for the past three years a Security Council resolution to renew the mandate for the UN political mission in Afghanistan included a reference to China’s Belt and Road initiative, a massive plan to recreate the old Silk Road. But the United States and other members said this year they could no longer accept that language.

A senior Asian diplomat, speaking on condition of anonymity, said the United States had made it easy for China to show leadership at the United Nations.

“For example, the US has been largely absent from discussions at the UN on sustainable development, climate change and financing for development,” the diplomat said. “This gives China and other countries the opportunity to show support for these important issues and also showcase their own contributions, like the Belt and Road Initiative.”

A US defence official, who spoke on the condition of anonymity, said there was concern about growing Chinese influence in international organizations as the United States has pulled back in some ways, but called it a “slow-moving train.”

Former UN political affairs chief and veteran US diplomat Jeffrey Feltman, now a fellow at the Brookings Institution, argued that the United Nations had become more of a competitive rather than cooperative environment.

“It’s not realistic to think that the United States is going to be able to single-handedly lead these organizations the same way that they could after 1989,” he said, referring to the collapse of the Soviet Union. “If the US leaves a vacuum in the leadership of the UN, others will fill it. China is doing a very good job of increasing its influence.” 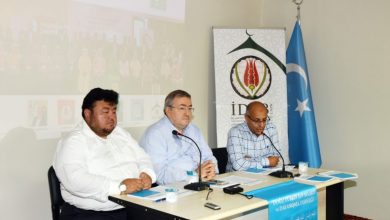 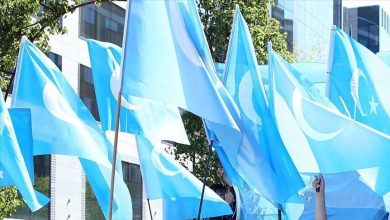 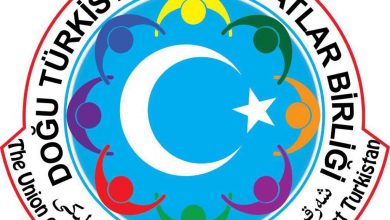