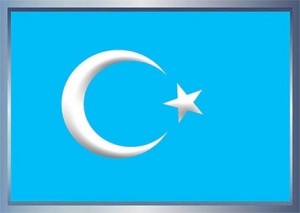 November 1, 2012
Chinas Secret Service Officer has released a so called fake report or statement On 29th Oct, 2012 Chinese official News agency, the Global Times and other Chinese media allegedly accused of that the Uyghurs secretly went to Syria to join Syrian opposition groups to fight against Bashar al-Assad government. The Chinese Media spread rumors that the Uyghurs were sent to Syria by the leaders of the Turkistan Islamic Movement and Eastern Turkistan Education and Solidarity Association. And tried to engage a fake relationship between the two organizations.

Every one knows that china has blamed many Uyghur organizations for terror activities.in past including the World Uyghur Congress Leader Rabia Kadeer and her Colleges were also blamed in same fake Chinese style. But the international community did not gave any attention on Chinese blames.

East Turkistani people never consider other nations and other people as their enemies. The Uyghurs’ enemy is the People’s Republic of China.

The Chinese government spreads false news about the Uyghurs and Uyghur organizations around world to play games to isolate Uyghur people from the international community. In fact, the Chinese government has carried out terrorist activities in East Turkistan. Over the past 60 years, the People’s Republic of China has accused peaceful Uyghur activists and organizations of separatism, terrorism, fundamentalism and etc.

Eastern Turkistan Education and Solidarity Association is based in Istanbul which is legally formed under approval of Turkish government. Our mission is to educate the youth and provide all kind of resources to full fill educational and modern knowledge in various field just kike political science, research and strategic studies, media, social and cultural activities in and outside the homeland.