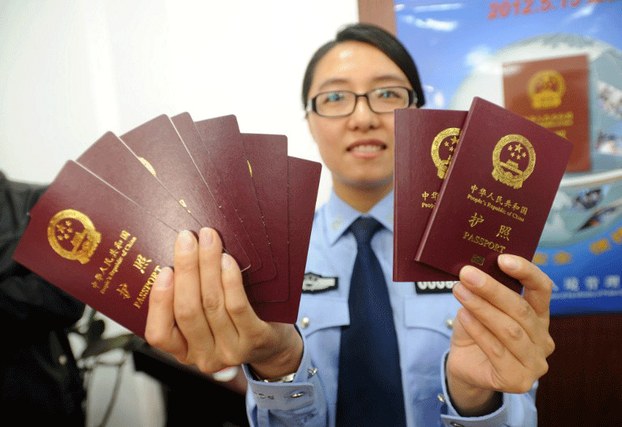 The new policy allows applicants to submit their passport applications at “one-stop” government processing centers, usually police stations, instead of having to obtain approval stamps at as many as 18 separate locations.

But the mostly Muslim Uyghurs in the Xinjiang Uyghur Autonomous Region (XUAR) complain that the new policy is intended to benefit only the majority Han Chinese and discriminates against them, according to sources.

They say they find it difficult to use the new system because the one-stop government-run processing centers have not yet opened in Uyghur-majority areas of Xinjiang such as Ghulja, Aksu, Hotan, or Kashgar, sources say.

Because of this, Uyghurs often turn to privately run centers, which sometimes demand bribes, to process their applications.

“The new passport regulation, which is supposed to make the application process easy and simple, is not for Uyghurs,” a worker at a privately run passport application office told RFA’s Uyghur Service.

“Everything is difficult for the Uyghurs if you do not know the way,” he said.

Chinese officials in Xinjiang say the new policy is aimed at making it easier for citizens to obtain passports as more locals travel abroad.

“At this moment, the number of people who are traveling abroad is increasing,” said Yu Peng, head of the XUAR public security bureau’s border control office, quoted at the end of October in the Urumqi Morning Post.

“Therefore, in order to serve the people better, we have implemented a new policy to handle all passport-related applications in one location.”

Though retired Uyghurs under the age of 60 can apply for passports, “if you are over 60 it is not that easy,” RFA’s source said.

“They think that people over 60 may have health problems, and so it takes a long time, sometimes as long as three or four years,” he said.

And in some cases, the denial of passports to one group of Uyghurs has been used as an excuse to refuse passports to others, sources said.

“If there was a clear reason for this, we could understand it, but there isn’t any,” U.S.-based Uyghur activist Memet Tohti told RFA, citing information gained from local sources.

“In reality, they are using this policy to block Uyghurs from getting passports,” he said, adding, “not many Uyghurs are able to get passports in the Uyghur region.”

Uyghurs complain they have long suffered ethnic discrimination and oppressive religious controls under Beijing’s policies and blame the influx of Han Chinese into Xinjiang for lack of employment and other opportunities.

Chinese authorities often blame outbreaks of violence in Xinjiang on “terrorists” among Uyghurs, but rights groups and experts say Beijing exaggerates the terrorism threat to take the heat off domestic policies that cause unrest or to justify the authorities’ use of force against Uyghurs.

Eleven Killed in Raid on Police Station in East Turkistan