It has been reported that the authorities in the Xinjiang Uyghur Autonomous Region have urged the local Uyghur population to turn themselves in to the authorities to receive leniency.

Some of the ‘crimes’ specified in the list of actions hostile to the regime of Beijing include buying maps or refusing to watch state media. Some say that due to this list being overly focused on trivial facets of life, it has opened the door to a deliberately ambiguous definition of terrorism which can be used as a tool of political coercion.

This article was published by Radio Free Asia:

Authorities in the mostly Uyghur-populated city of Kumul (in Chinese, Hami), in northwest China’s Xinjiang Uyghur Autonomous Region (XUAR), have issued a notice demanding that anyone who buys maps or refuses to watch state television turn themselves in within 30 days or face jail, according to state media, signaling an expansion in China’s definition of what defines “terrorism” in the region.

The two “crimes” are among “18 situations” listed by local authorities in a notice published on the official WeChat account of Hami Cyberspace Affairs Commission over the weekend in which suspects—that include those “influenced by the three evil forces” of separatism, extremism and terrorism—should give themselves up in the hopes of receiving leniency, the official Global Times reported Monday.

Spokesmen for Uyghur exile groups swiftly denounced the newly unveiled policy as the latest example of China criminalizing or labeling as terrorism routine cultural practices. Uyghurs have long chafed under intrusive Communist Party policies on food, facial hair and wedding and funeral practices, but since 2017, many aspects of Uyghur identity have been used as excuses to incarcerate them in camps.

Omer Kanat, director of the Uyghur Human Rights Project, which is based in the U.S., told RFA’s Uyghur Service that the notice highlights how China’s government is “using the specter of terrorism to justify their ongoing effort to eliminate the Uyghurs” now that the detention camp system has come to international attention.

“Much of this narrative has been aimed at foreign audiences as the scale of the human rights abuses being committed by the government becomes difficult to hide,” he said.

Situations include those who send minors or students for religious schooling or “advocate using the Koran to regulate normal life” and “reject [ruling Communist] Party officials,” marry or divorce according to religious rites, or “commit bigamy or interfere with family planning policy” in the name of religion.

Authorities in Kumul said that those who “forbid others from watching television programs or induce others to boycott national preferential policies, such as rejecting government-subsidized housing or calling for a ban of goods belong to [majority ethnic] Han people,” also should give themselves up.

The notice also listed situations such as “recruiting people to establish terrorist groups or colluding with overseas terrorist groups, helping terrorists make weapons or explosives and raising funds or providing other needed help for terrorists.”

Those who “receive training from terrorist groups, or purchase maps, GPS, compasses, telescopes, ropes, tents or other training materials, and help download or provide links of audio, video, and text related to terrorism or offer VPN for overseas websites” should also surrender to authorities, it added.

Any suspect who turns themselves in within 30 days of the notice “will be eligible for lesser punishment,” according to the announcement, and they have the option of doing so by visiting police stations, procurators, or courts, or by submitting letters, telegrams or making a phone call.

The Global Times, a nationalistic tabloid affiliated with the Communist Party mouthpiece People’s Daily, noted that a similar announcement was made in Xinjiang’s Kashgar (Kashi) prefecture in 2017, which also offered rewards of up to 5 million yuan (U.S. $720,000) to people who reported terrorism or “violence-related information.”

Chinese state media, only weeks after carrying strident denials that Beijing was locking up hundreds of thousands of Uyghurs in detention without due process or probable cause, has shifted to a prolific propaganda campaign lauding what it calls vocational education camps as a counter-terrorism strategy.

Speaking to RFA, Ilshat Hassan, president of the U.S.-based Uyghur American Association (UAA) said the notice shows that the Chinese government is “targeting the entire Uyghur population under the pretext of counter-terrorism.”

“Buying a map or a telescope is a personal thing,” Hassan told RFA.

“How can the Chinese authorities define it as an ‘act of terrorism?’”

Kanat of the Uyghur Human Rights Project said the notice offered more evidence that China has moved from denial to defense of the detention camp system.

“This latest notice is nothing new—the government has issued lists of ‘signs of extremism’ for quite some time—but it does serve as another admission that the camps exist and a sign that the government does not appear to be planning to change its policy of extrajudicially imprisoning vast numbers of Uyghurs any time soon.”

Beginning in April 2017, Uyghurs accused of harboring “strong religious views” and “politically incorrect” ideas have been jailed or detained in re-education camps throughout the XUAR, where members of the ethnic group have long complained of pervasive discrimination, religious repression, and cultural suppression under Chinese rule. 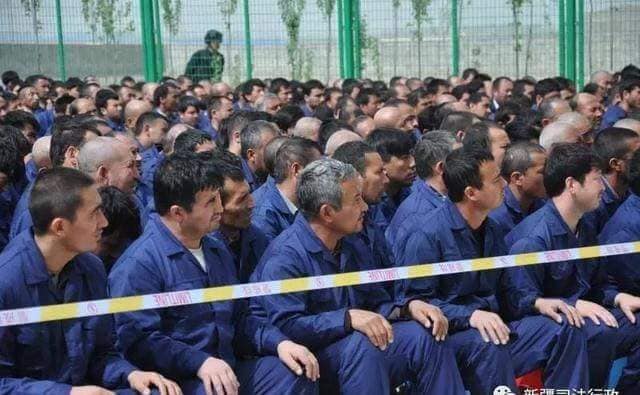 While Beijing initially denied the existence of re-education camps, the Uyghur chairman of Xinjiang’s provincial government, Shohrat Zakir, told China’s official Xinhua news agency last month that the facilities are an effective tool to protect the country from terrorism and provide vocational training for Uyghurs.

Reporting by RFA’s Uyghur Service and other media organizations, however, has shown that those in the camps are detained against their will and subjected to political indoctrination, routinely face rough treatment at the hands of their overseers, and endure poor diets and unhygienic conditions in the often overcrowded facilities.

Adrian Zenz, a lecturer in social research methods at the Germany-based European School of Culture and Theology, has said that some 1.1 million people are or have been detained in the camps—equating to 10 to 11 percent of the adult Muslim population of the XUAR.

U.S. State Department spokesperson Heather Nauert recently said the U.S. government was “deeply troubled” by the crackdown on Uyghurs, while U.S. Ambassador to the United Nations Nikki Haley described it last month as “the largest internment of civilians in the world today” and “straight out of George Orwell,” during a speech at the Chiefs of Defense Conference Dinner in Washington. 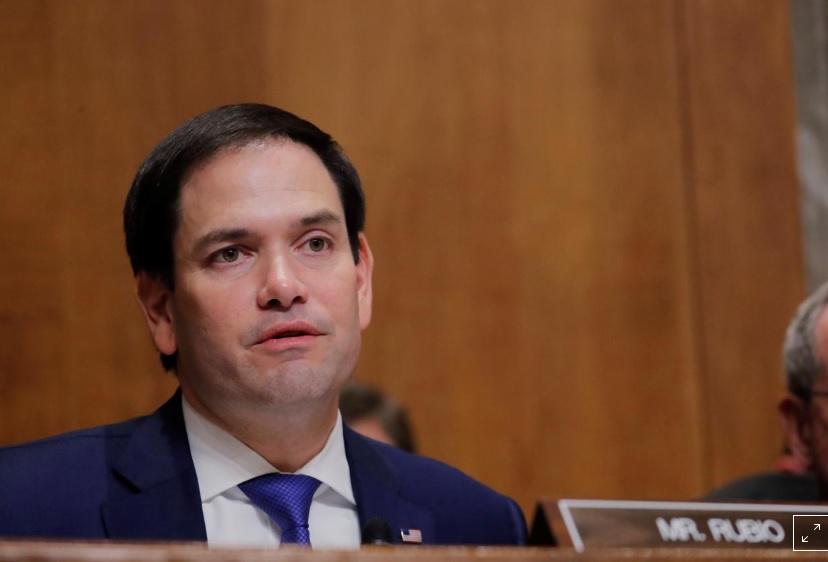